It always amuses me — a little bit, anyhow — when someone assumes that my various cultural and intellectual interests and my occasional expressions of liberal idealism ‘must surely mean’ that I am a great supporter of our country’s ‘non-commercial’ and ‘politically independent’ national broadcaster, the BBC.

In fact, they couldn’t be more wrong. As far as I can see — and, believe me, I’ve had the binoculars out for a long time on this one! — there are very few things of which the UK stands in greater or more urgent need than for the BBC to be partly or largely closed down and subjected to the most radical reform and re-structuring before it is allowed to operate again under a new and vastly different Charter. 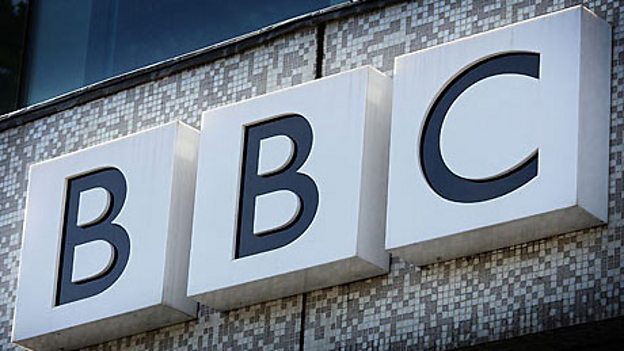 Now, I know for a fact that, whenever I’m heard to say this, practically everyone within earshot makes the instant assumption that I must be talking from the sort of ‘right wing’ perspective whose adherents are forever shrieking about ‘the leftist BBC with its liberal pc agenda!’ — and that’s an assumption that doesn’t amuse me in the slightest, so it’s probably best for all concerned if you don’t make it.

As for what a reformed BBC would have to look like in order for it not to be the demonstrably damaging and corrosive force that it now constitutes in every important area of British life — political, educational, cultural, environmental — well, that’s a discussion best saved for another occasion (and needs to involve other people besides me anyway). But it might be as well to mention here that among the more immediately obvious features of a properly reformed BBC would be the following:

(i) It would not be principally dependent on a method of financing whose level was controlled and set — as the ‘licence fee’ currently is — by the government of the day;

(ii) It would not have as its governing body a ‘BBC Trust’ all 12 of whose members are government-appointed — chosen by the prime minister and the Department of Culture, Media and Sport from proferred short-lists of ‘suitable applicants’;

(iii) It would not permit the Trust to be exclusively composed of present and former representatives of state, corporate and institutional power;

(iv) It would not permit the Trust to function in a manner that meant every single aspect of its operation was shielded from direct licence-payer scrutiny and proper democratic accountability.

Now, I’ve been around long enough to know that a lot of readers will see that list and have no idea at all why any of those things matter. Nor am I blaming them for that — because the simple fact is that we live in a country where the problems to which I want to draw attention are actually rendered invisible by a power-serving industrial journalism that knows not to prick the bubble of illusion surrounding the BBC’s supposed ‘independence’.

As a result, the issues highlighted by my little list are among those that I have never — literally never — seen raised in any ‘mainstream’ state-corporate media outlet whatsoever. What we get instead is what the normal reader is likely to have seen: an endless succession of distracting variations on the theme that goes ‘Is the BBC too left wing?’ — every one of which starts a ‘Yes, it is!’/’No, it isn’t!’ tug-of-war that successfully directs everyone’s energies away from the real questions and towards something that, to anyone who knows what the BBC actually is and does, makes about as much realistic sense as asking ‘Do bananas drink too much?’

What is more, the truth of the situation is something of which even the overwhelming majority of self-appointed internet commentators appear serenely ignorant. Take a look at this paragraph from a piece that recently appeared on Huffington Post:

If you read the entire article, you’ll see that it is every bit as superficial and narcissistic as you would expect from a writer who not only describes himself as ‘a PR guru’ but also gives his work to an online aggregator for free. (The appalling Huffington Post makes its money by not paying anyone for their writing, not even its — Hohoho! — ‘signature contributors’.) And, just as inevitably, the analysis above is flawed and incomplete. While it is certainly true to say that, short of some mass refusal to pay, the 25,000,000 licence-paying households have literally no mechanism by which they can ‘effect change’, it is completely false to claim that the BBC is ‘accountable to no-one in particular’. In reality, the BBC is very accountable indeed — not to you and me (our views don’t matter in the slightest, and never have), but to the elephants in the room.

And it is those elephants, of course, that my little list was all about. Let me mention just one of them before I finish. (We’ll be coming back to the others: don’t worry.) Think back to the first of my four points, and consider what it clarifies about who really holds the reins here. For to have the licence-fee’s flat-rate charge — or any other system of BBC funding! — under the control of the government means that this supposedly ‘independent’ broadcaster has a political gun permanently pointed at its head. If the hand that opens and closes the money-tap is located in Downing Street, then the BBC is accountable to government, whatever some smugly worded Charter might say about its guaranteed ‘independence’, editorial and otherwise.

Secondly — and as a reminder that this is, after all, a classical music blog! — I’m going to claim that it’s not too much of a stretch to believe that a reformed BBC would also be better at avoiding the kind of catastrophic cultural programming decisions of which the following is an all-too-familiar product. We can come back to that one, too.

One thought on “BBC Trussed…”