If you saw last night’s posting about the 1819 ‘Peterloo’ Massacre in Manchester, you’ll no doubt remember that I spoke about forgetting — in particular, the way that an act of murderous state criminality which should be understood and commemorated by all working-class people appears to have been thrown into the ‘memory hole’, with the result that it is nowadays unknown to most.

Speech bubble reads: “Down with ’em! Chop em down my brave boys: give them no quarter they want to take our Beef & Pudding from us! — & remember the more you kill the less poor rates you’ll have to pay so go at it Lads show your courage & your Loyalty!“(Contemporary cartoon by George Cruikshank)

Myself, I’ve known about it since I was 15 or so — when dear old Mr Hughes, dead these 25 years, told us about it in our history class. Since then, I’ve discovered that it is possible for an educated adult to move in educated circles for literally decades without encountering a single mention of the event in any context whatsoever: if you want a textbook example of the way the UK’s history of violent labour suppression gets airbrushed out of sight by a ruling class determined to characterise itself as generous, merciful and indulgent, then the events at St Peter’s Fields nearly 200 years ago can provide it.

I mean, the video that follows must surely be the tiniest possible educational talk on the subject — but as you watch it, you will kindly award my preceding paragraph one point for every fact you hear that you didn’t previously know…

And if, after that, you want an utterly concrete, effortlessly factual corroboration of everything I’ve said so far — no tendentious, agenda-driven garbage on my blog, I promise you! — I can provide it by way of a simple juxtaposition of two commemorative plaques….

Here’s the first — which can be seen today in Manchester’s city centre, at a location close to the site of 1819’s carnage….

You will see that in its 34 words it mentions the rally’s peaceful nature; its pro-democracy orientation; the presence of women and children; the attack by armed cavalry; and the staggering number of deaths and — especially! — injuries. All in all, it’s a pretty decent attempt at getting the maximum amount of relevant information into a small, round space.

Compare that with the next plaque — the one which occupied the same space on that wall for many years until it was replaced in 2007.

What do you see? Or, rather, what do you not see…?

Yes: once again, we find ourselves in the presence of elite-serving airbrushing and erasure. I’ve no idea who might have been responsible for those 32 words of disgraceful conceptual whitewash; but, whoever it was, he or she undoubtedly deserves to be shortlisted for The Jeremy Bowen International Gutlessness and Servility Award — or perhaps even for The Lyse Doucet Prize for Sucking up to Violent Western Power. 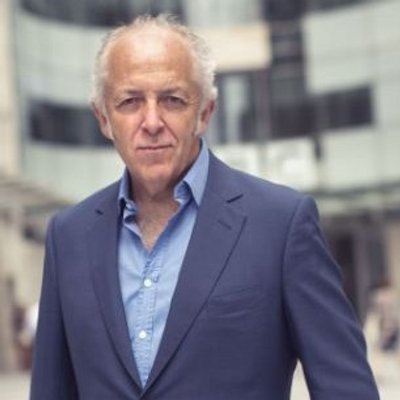 If you don’t believe me, look at the text more closely. Not only is the word ‘massacre’ carefully omitted, but we fail to see any kind of reference to anyone’s having been killed or injured. Added to which, all inflammatory mention of ‘women and children’ is avoided; the unprovoked attack on the huge number of people by cavalry with sabres drawn is presented as merely ‘their dispersal by the military’; and pride of visual place is awarded to speaker Henry Hunt — solely because calling him ‘RADICAL ORATOR’ in EXTRA-BIG LETTERS is guaranteed to make him sound sufficiently SCARY for the average passer-by to conclude that whatever it is that ‘is remembered as Peterloo’ must have been his fault, the damn troublemaker.

All of which power-serving weaselry ought to remind us that, as well as needing to be taught the actual history of actual people, our children — and our adults too! — also need to be instructed about how it is that those who press history and news alike into forms that further the agendas of the ruling elites are able — by the most innnocent-seeming circumlocutions and euphemisms, the tiniest re-wordings, the most ‘professional’ employments of the passive voice — to replace reportage with manipulation…

I’ve never yet come across an actual commercial movie that deals with the Peterloo Massacre in any way at all: so far as I know, the dream factories haven’t ever been interested, and I’m not at all surprised. There are, however, films that show — or affect to show — the events of similar ‘dispersals by the military’ in other times and settings.

So, to end — this is meant to be a music blog, after all! — please allow me to present an amateur-made YouTube video in which an extract from a 1971 TV mini-series about the end of Imperial Russia is ambitiously combined with a movement from Shostakovich’s 11th Symphony (1957). The historical event re-enacted visually — known in Russia as ‘Bloody Sunday’ — is the same one that is being evoked musically: the symphony’s title is ‘The Year 1905‘, and the movement is called ‘9th January’ — the day of a peaceful petitioners’ march on the Tsar’s ‘Winter Palace’ in St Petersburg…

And if you want to know how your power-serving state-corporate media would headline a report on this unprovoked, one-sided slaughter today, then I can tell you: