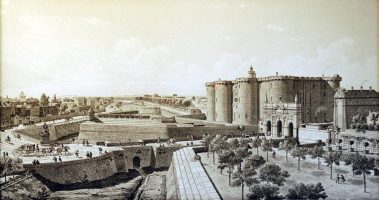 I see that today is 14th July.

Within the British historical consciousness — such as it is — this is not a date that looms particularly large (except, perhaps, for those people who know that it is the birthday of the wonderful English composer Gerald Finzi [1901-1956]).

To our cousins across la Manche, however, 14th July is le 14 Juillet, also known as la Fête nationale — or, if you want to put it this way, Bastille Day.

In other words, this is the anniversary of the occasion — all the way back in 1789! — on which a symbolically potent fortress-prison in central Paris was stormed by the common people of the city who were opposed to the nation’s feudal system and absolute monarchy; the event was a turning-point in the French Revolution — about ten weeks in, at that point — and its immediate result was the abolition of feudalism (4th August) and the issuing of the ‘Declaration of the Rights of Man and of the Citizen’ (26th August). 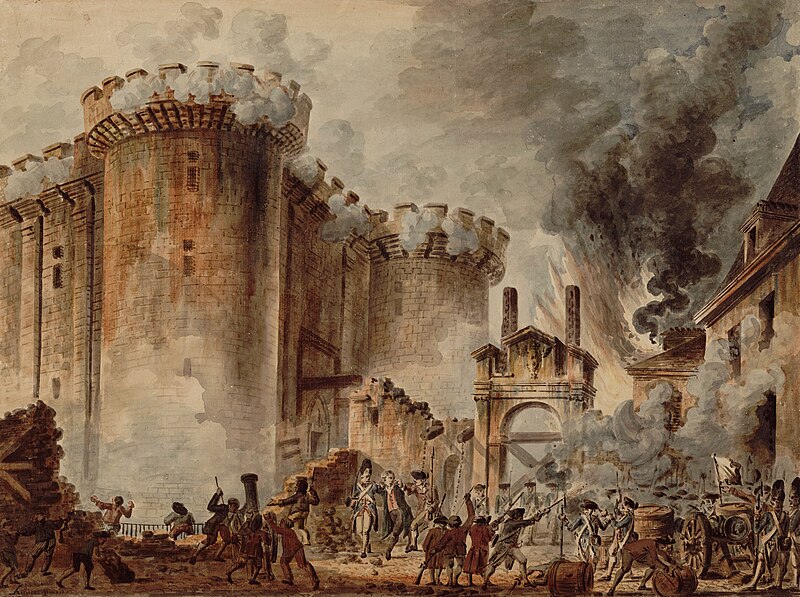 Since I think it important to celebrate any and every victory won by ordinary suffering humanity over its merciless and exploitative ruling class, I am humbly dedicating this posting to all those long-vanished citizens who made possible the ‘fall of the Bastille’ — and celebrating their achievement by presenting another in my occasional series of ‘national anthems in magnificent arrangements by terrific composers‘…

Yes, as you will have guessed, I am going to encourage everyone to have a listen to the arrangement of La Marseillaise made in 1830 by the astounding Hector Berlioz (1803-1869).

Before we get to it, though, I want to emphasise that, while Berlioz wasn’t even born in 1789 when the Bastille fell — or in 1792 when the world’s most famous revolutionary song was composed by Claude Joseph Rouget de Lisle (1760–1836) — he did produce his arrangement of La Marseillaise at a moment of some revolutionary significance: 1830 saw the eruption of the Third French Revolution — the so-called ‘July Revolution’ — which three-day revolt led to the overthrow of the French Bourbon King Charles X and the ascent of his cousin Louis Philippe, Duke of Orléans (who, after 18 precarious years on the throne, would himself be deposed in 1848).

All of which restored and residual monarchism suggests that, in spite of everything, the French never really got the hang — or, as one should perhaps say, the chop — of revolution and what it is about. As indeed would appear to be confirmed by the fact that the modern French population lives under a depraved and unaccountable ruling elite whose ongoing neoimperial criminality is as entrenched, as disgusting and as casually murderous as any currently to be found on the planet.

For, as I always say: if God hadn’t intended us to have revolutions, he wouldn’t have given us knitting needles, would he…?