White poppies are distributed by the Peace Pledge Union, the oldest secular pacifist group in the UK. Last time I wore one, I was insulted by two librarians.

Pardon me for saying so — or don’t: I really couldn’t care less — but I’m not much of a fan of our annual ‘Remembrance Sunday’ rituals.

For one thing, what really ought to be an occasion for society-wide consciousness-raising — a chance for the old to teach the young that the ruling elites have never seen them as anything other than a resource to be spent — is instead managed and manipulated so as to place those same ruling elites centre-stage in a theatre of fake respect and pseudo-humility. If you really think a creature like Theresa May (or David Cameron, or Gordon Brown, or Tony Blair…) — or any of that sociopathic gaggle of ‘royals’ — can stand at the Cenotaph and feel anything other than the cold, then something has gone seriously awry in what should have been your education.

Plus, there’s the rather obtrusive fact that what, by rights, should be a day of public rage — over loss, over suffering, over the whitewashed psychopathy of state-policy violence — never contains so much as a smidgeon of anger, not the mildest trace of anything that might ever bring about the tiniest change…

Needless to say, the ‘mainstream media’ — being an outgrowth of the same elite interests that demand endless war because they demand endless profits — happily plays along: I absolutely guarantee that not a single one of tomorrow’s ‘Sunday newspaper’ editorials will contain any kind of text that might lead the virginal reader to understand that the reason wars happen is that they serve the economic and political interests of the 1% at the same time as they flatter the instinctive xenophobia, self-righteousness, conformism, servility and love of violence of the stupidest among the 99%.

East End, c.1917: boots recovered from dead soldiers are repaired and re-proofed before being returned to the military for re-issue.

And don’t, please, ask me to wear a red poppy — that potent symbol of our population’s determination to feel good about feeling bad, and its joy at being able to point the finger at anyone who won’t join in. If I’m going to pin anything to my lapel that isn’t a defiant white feather, it will be a miniature banknote — in memory of all the unfortunate millionaires created by Britain’s wars from 1914 until today.

On top of which, it so happens that as a symbol of ‘sober remembrance’, or whatever it’s meant to be, the poppy stinks anyway. If you trace the hallowed poppy-wearing tradition all the way back to 1915 and its apparently ‘foundational’ doggerel — you know the muck: “In Flanders fields the poppies grow / Between the crosses, row on row […]” — you’ll see that the third and final verse is nothing less than sickening: your war dead won’t rest unless you continue the killing…

Take up our quarrel with the foe:
To you from failing hands we throw
The torch; be yours to hold it high.
If ye break faith with us who die
We shall not sleep, though poppies grow
In Flanders fields.

Mind you, if it’s ‘sickening’ you want, I don’t think you could do better than this photograph — which (and I wouldn’t mislead you about this) was actually posted online by the Royal British Legion the other year…

If you ask me, the people who originally set up all these various ‘commemorative’ rituals in the shocked aftermath of WW1 actually did it the wrong way round: it really shouldn’t be the case that members and representatives of our elites gather at monuments across the country to play with wreaths and look all sad as they contemplate memorials to some subset of ‘the fallen’ — the millions upon millions of poor people who died fighting other poor people in the service of rich people. What ought to be happening instead — just indulge me for a moment, and contemplate what would be a better world! — is that these notables would be there compulsorily to undergo the instructive experience of reading out loud the names and positions of those many thousands whom — in my alternate history! — were exiled, were dispossessed, were imprisoned for life, and were perhaps even executed for their warmongering, their profiteering, their propagandising, their myriad contributions to the causing, enabling, justifying, or carrying out of one or other elite-serving slaughter.

‘Pour encourager les autres‘ is a tactic usually deployed by the powerful to teach a lesson to the poorest and weakest; I’m sad that a British public that imagined it had witnessed ‘a war to end all wars’ didn’t follow through with the most necessary revolutionary act — appropriating the elite technique and turning the tables. If you want your passionate declarations of ‘Never again!’ to turn into reality, you have to deal with the problem at its source…

And finally — if anyone is still reading this in a nation where ‘poppy worship’ is the nearest thing we have to a citizen-enforced state religion — we get to the music. For while most people seem to think of one or other slain ‘war poet’ as the ultimate symbol of WW1’s incalculable waste of present life and future possibility, for me personally that role is filled by the composer George Butterworth. Yes, I know there were dozens more composers killed — and not only on the allied side — but for me the wrench of knowing that the silenced Butterworth might have grown into one of our country’s greatest composers is a pain that is almost physical.

At the age of 31, Butterworth was killed during a period of heavy fighting near Pozières, five weeks into what was to become the four-and-a-half-month-long ‘Battle of the Somme’ (total death-toll c. 1,066,000). If you look around the internet, you’ll see a few details of where Butterworth and his men were at this time; it’s not at all impossible that the following contemporary photograph — of the road to Pozières, and with Contalmaison burning in the background — shows a road down which they walked. 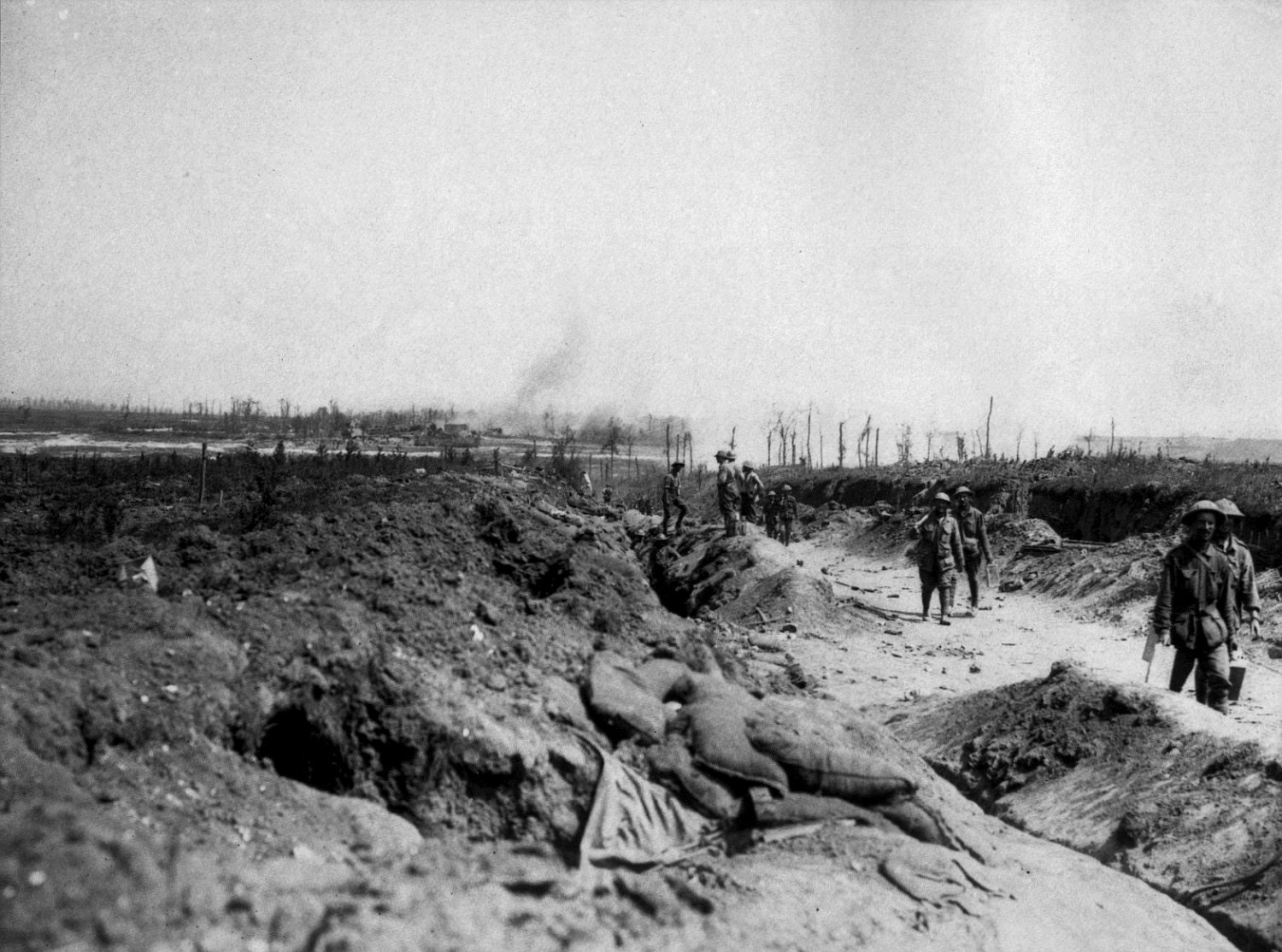 What we do know — and for certain — is that before the going down of the sun on 5 August 1916, the head that conceived the wonderful music below had been smashed to pieces by a sniper’s bullet. His body was not recovered.

12 thoughts on “Lest we remember…”