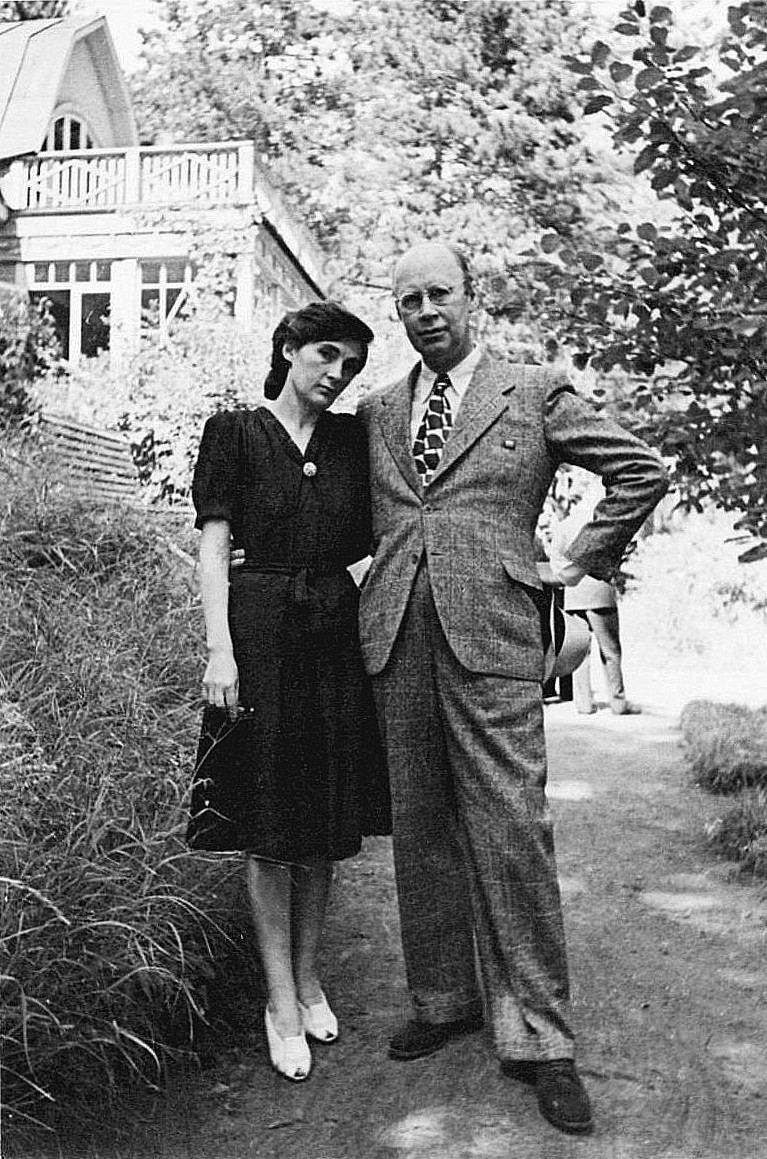 I was pleased, earlier today, to see someone’s pointless online message wishing a Happy Birthday to Sergei Prokofiev. The ‘pleased’ bit was because his name was being brought up online: I do seriously believe that Sergei Sergeyevich doesn’t get the praise or the study he deserves (popular though a few of his pieces undeniably are). As for the ‘pointless’ — well, isn’t it obvious that he’s dead and gone and finished, and so can’t be ‘happy’ — or indeed unhappy — anymore…? Do be sensible about these things.

I literally have 27 minutes before I have to go to bed, so let’s see if I can do the old dead guy a little favour in the time available — by presenting a single two- or three-minute clip that shows two or three sides to his musical character. I thought about this on my drive home tonight; and I think I’ve come up with a segment that will do the job well enough to function even as an introduction to his music — well, his orchestral music, at least — to someone who hasn’t encountered it before…

I’ve chosen a clip from a work Prokofiev wrote in the Soviet Union in the summer of 1944 — at a point in the ‘Great Patriotic War’ when the Nazis had finally been driven from Mother Russia and the Soviet armies were advancing through Europe towards Germany. The stretch I’ve selected is from the very end of the finale: yes, in defiance of my usually firm principles, I’m giving away the ending. The reasons are three. First, in one passage this particular performance balances the percussion-rich texture in a way that I’ve never heard on any other occasion: whatever version you hear next probably won’t sound much like it, and indeed you’ll probably understand it better because you’ve heard this one. Secondly, I think part of this concluding stretch is actually even scarier when you hear it in context: newcomers won’t, I reckon, be losing anything in that dimension either. Thirdly, I can’t think of any part of the piece that is more likely than this bit to make a newcomer want to go straight to the beginning and hear the whole thing from the start: some endings are like that! Here’s the clip:

By using the word ‘scarier’ just now I’ve already hinted at one of the musical characteristics that I, personally, find in a good deal of Prokofiev. And now that you’ve heard the seemingly effortless melodism that’s mixed in with it, you’ll have twigged the second: in a century whose art-music wasn’t exactly over-supplied with ‘lovely melodies’ that weren’t unintentional kitsch, Prokofiev is ‘Mr Tune’ — quite magnificently so.

As for the third characteristic, it’s one whose description — I suddenly realise, having started to type it out a moment ago — would strike many readers as a criticism, even though I wouldn’t mean it as one (or as an unalloyed one, anyhow). So let me draw a veil over it for the time being. (See? I’m not ‘a critic’: a critic would have bigged himself up by talking about something that made a great composer look a little smaller.) What’s more important, it seems to me, is for me to get out of the way and let anyone who’s curious about the rest of the piece hear the whole thing — in a different performance, naturally: if the gods had intended us to hear just one performance, they wouldn’t have given us other performances, would they?

But, before we get to that, let me move from the date of Prokofiev’s birth — 126 years ago today! — to the date of his death. It’s one of those little quirks of historical fate that Sergei Sergeyevich died on 5 March 1953 — which, as you may or may not remember, was also the day that Josef Stalin died. As a result, the Soviet papers and broadcast news reports were all full of stories about the demise of ‘the great leader and teacher’ — as he liked to be called — and had no space left for a proper appreciation of the great master of twentieth-century tonal melody.