Just a brief off-the-cuff posting, while I unexpectedly have an hour free. (Yes, the next real one is pretty big, and I’ve not had the time to get it finished.) This little item is actually connected with one — or maybe two! — of my perennial concerns; but all that stuff can wait a few paragraphs until I’ve established a little of the wider context.

The only reason I’m writing any of this is that the celebrated conductor Kurt Masur died yesterday, at the age of 88. 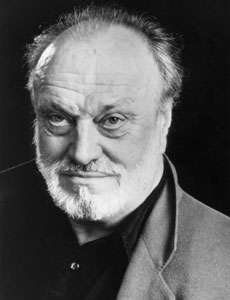 Now, the first thing to be said is that I myself am absolutely the last person to turn to if you want hero-worship and flowery eulogy where a conductor is concerned. To me (if you must know), an orchestral conductor is someone best referred to by whatever word it might be that describes ‘a necessary evil’ in situations where, artistically speaking, the ‘necessity’ is by no means established.

Secondly, I don’t have any artistic axe to grind in regard to Masur’s actual conducting. I don’t seem to have heard all that many of his performances and recordings; and of those I have heard, literally none of them made any impression on me that I can now remember. (Last-minute correction: actually, I think I still own his recording of Strauss’s Four Last Songs with Jessye Norman; I was never that keen on it.) I’m not going to make a big deal out of any of that; and I’m not going to use it to try and convince anyone about anything. All I’m getting at here is that, on a musical level, Masur and I never really met, and that’s all there is to it.

So let me now pursue what I think is the fairest course of action in the circumstances — and simply present two YouTube videos of Kurt Masur in action. For this purpose I’ve chosen two performances that I’ve not heard myself, and which I won’t (can’t) listen to until after this posting has been uploaded: yes, you and I will be exploring this part of his legacy together.

Here’s Masur and the Gewandhausorchester Leipzig (which he conducted for 26 years) in the Overture to Beethoven’s incidental music (1809-10) to the play Egmont (1787):

And here is Masur with the New York Philharmonic Orchestra (which he conducted for 11 years) in the same composer’s Overture Leonore No. 3 (1806) — the work which manages to be the second(!) of the four overtures that Beethoven produced for the single opera he composed three times and ended up calling Fidelio:

That’s the end of this posting’s ‘Part One’ — and anyone who wants to stop here (after listening to the music!) is perfectly welcome to do so.

What follows is ‘Part Two’ … in which I reveal that I do, in fact, have a bone to pick with the late maestro — and it is the bone that’s located at the precise point where art joins with power politics, and the muscles of the power-serving media attach themselves in a way that makes it clear which of the two sides it’s important to be on.

If you look at Masur’s entry in Wikipedia (whose list of added references indicates that it has been brought up to date pretty rapidly, seeing as he only died yesterday), you’ll see that his life and career in what we used to call ‘East Germany’ are handled jolly diplomatically:

For years, Masur was loyal to the GDR leadership. In 1982, he received the National Prize of East Germany. His attitude to the regime began to change in 1989, after the arrest of a street musician in Leipzig.[12] On 9 October 1989, he intervened in anti-government demonstrations in Leipzig […], negotiating an end to a confrontation that could have resulted in security forces attacking the protesters.[13]

Note the way that little bit of ‘timeline’ conceals as much as it contains. Masur was a professional conductor in the East since at least as far back as 1955; his compliant attitude to the GDR’s sclerotic pseudo-Communist prison-society therefore ‘began to change’ after he had enjoyed a mere 34 years of government-approved insider power and elite privilege. And when you think about 1989 being the year when his ‘change of mind’ began — and October 1989 being the point when he ‘intervened’ politically — remember that it was actually on 9 November 1989 that the Berlin Wall was breached and the regime collapsed. Nifty footwork there, Kurt!

Nor did he stop with that cheeky move. In 1990 West and East Germany were re-united, and the official ceremony was topped with a gala concert. Personally, I wouldn’t have imagined that a thoughtful East German artist would consider the triumphant entry of the Western corporatocracy into his defenceless land — the Coca-Colonisation of the notionally Communist East by the notionally free West —  to be something worth celebrating all that energetically. But Masur evidently had no such qualms: there he was, conducting Beethoven’s Ninth Symphony — with that great celebration of human freedom and brotherhood that is the concluding ‘Ode to Joy’ — in October 1990. What a difference a year makes, eh? 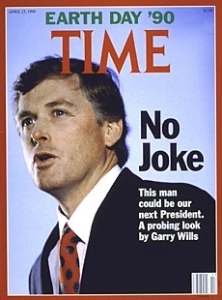 Come 1991, and Masur has left his comfortable home in the belly of the beast — and moved to a comfortable home in the belly of the other beast. Yes, a mere two years have passed, and there he is, installed as Music Director of the New York Philharmonic. And, as always, the West’s state-corporate media system knew perfectly well when it had hold of a valuable propaganda asset: the ink that announced his appointment can barely have been dry before Time magazine — I believe it was the issue that had future Vice-Presidential vacuum Dan Quayle on the cover — was bursting into print with the headline New York Gets a Revolutionary. Kurt Masur ‘a revolutionary’? An idealistic agent of radical social and political change? If he was, it must have been the most exciting afternoon of his life.

You’d imagine that propaganda junk like that would stick in someone’s journalistic craw — except that all of us now know better: it doesn’t have to be true, or even defensible. It just has to be useful in buttressing the power of the elites.

Which, of course, brings us to 11 September 2001 — and thence to the performance of Brahms’s Ein Deutsches Requiem that was given by the New York Philharmonic in the aftermath of the terrorist attacks. Who was the conductor giving high-profile musical solace and support to the people of imperial America in their hour of deepest blowback? Yup: Kurt Masur, recipient of the 1982 National Prize of anti-imperialist, anti-American East Germany…

And, speaking of awards, have a look at the crop listed in the Wikipedia entry — and ask yourself how many of them Masur would have garnered if he’d ever said a decisive and principled ‘no’ to any murderously lawless system of elite power that wasn’t firmly and obviously on its way out:

In 1995, he received the Cross of the Order of Merits of the Federal Republic of Germany; in 1996 he received the Gold Medal of Honor for Music from the National Arts Club; in 1997 he received the titles of Commander of the Legion of Honor from the French government and New York City Cultural Ambassador from the City of New York; in April 1999 he received the Commander Cross of Merit of the Polish Republic; in March 2002, the President of Germany, Johannes Rau, awarded him the Cross with Star of the Order of Merits of the Federal Republic of Germany; in September 2007, the President of Germany, Horst Köhler, bestowed upon him the Great Cross of the Legion of Honor with Star and Ribbon; in September 2008, he received the Furtwängler Prize in Bonn, Germany. Masur was also an Honorary Citizen of his hometown Brieg. In 2001, Kurt Masur became an Honorary Member of the Royal Academy of Music.[14] In 2010, he received the Leo Baeck Medal (Leo Baeck Institute) for his humanitarian work promoting tolerance and social justice. He also received a Goldene Henne award in 2014 for his work in public policy.[15]

At which point we arrive at ‘Part Three’ — and the experience that prompted me to start writing all this. You see, less than 24 hours ago I was listening, late at night, to the ‘BBC World Service’ — when Kurt Masur’s death was actually mentioned in a news bulletin. Needless to say, my ears perked up in the dark: so utterly ignorant and philistine is the modern BBC when it comes to professionalised art music and its performers that literally years seem to go by without the news mentioning ‘classical music’ in any context that doesn’t have a sexual abuse story attached.

So, Masur managed to make it on to our proudly imbecilic and post-cultural BBC news. Well, he did and he didn’t. The newsreader tried to say ‘Masur’ and fluffed it; then tried again and said it wrong in a different way — at which point he simply moved on. Then he attempted to tell his audience of 100 million or so about the ‘Leipzig Gewandhaus Orchestra’ — and couldn’t say ‘Gewandhaus’ properly…

Consider what we learn from that. No only was it quite apparent that the guy knew absolutely nothing about who and what his script was talking about — but in addition, the ‘World Service’, very evidently, is perfectly happy to employ people whose knowledge of that outside world doesn’t even extend as far as a grasp of German pronunciation.

You know, all in all — within music, and around it — it is absolutely incredible what we put up with.

One thought on “Wither Classical Music…”